Black History Month was was originally founded to recognise the contributions that people of African and Caribbean backgrounds have made to the UK over many generations. Throughout history black people have always lived in the UK but there has been a lack of representation in history books. Now, Black History Month has expanded to include the history of not just African and Caribbean people but black people in general. At Cypress we have been learning about the importance of Black History Month and focused on some interesting individuals and who have inspired us. In one Google Meet assembly we learnt about Mae Jemison, (click here to see our news story) who was the first African American woman to become an astronaut and voyage into space.

In Reception our teachers shared with us non-fiction books about Maya Angelou (April 4, 1928 – May 28, 2014). She wrote beautiful poems about her family and what it was like to be a black lady. 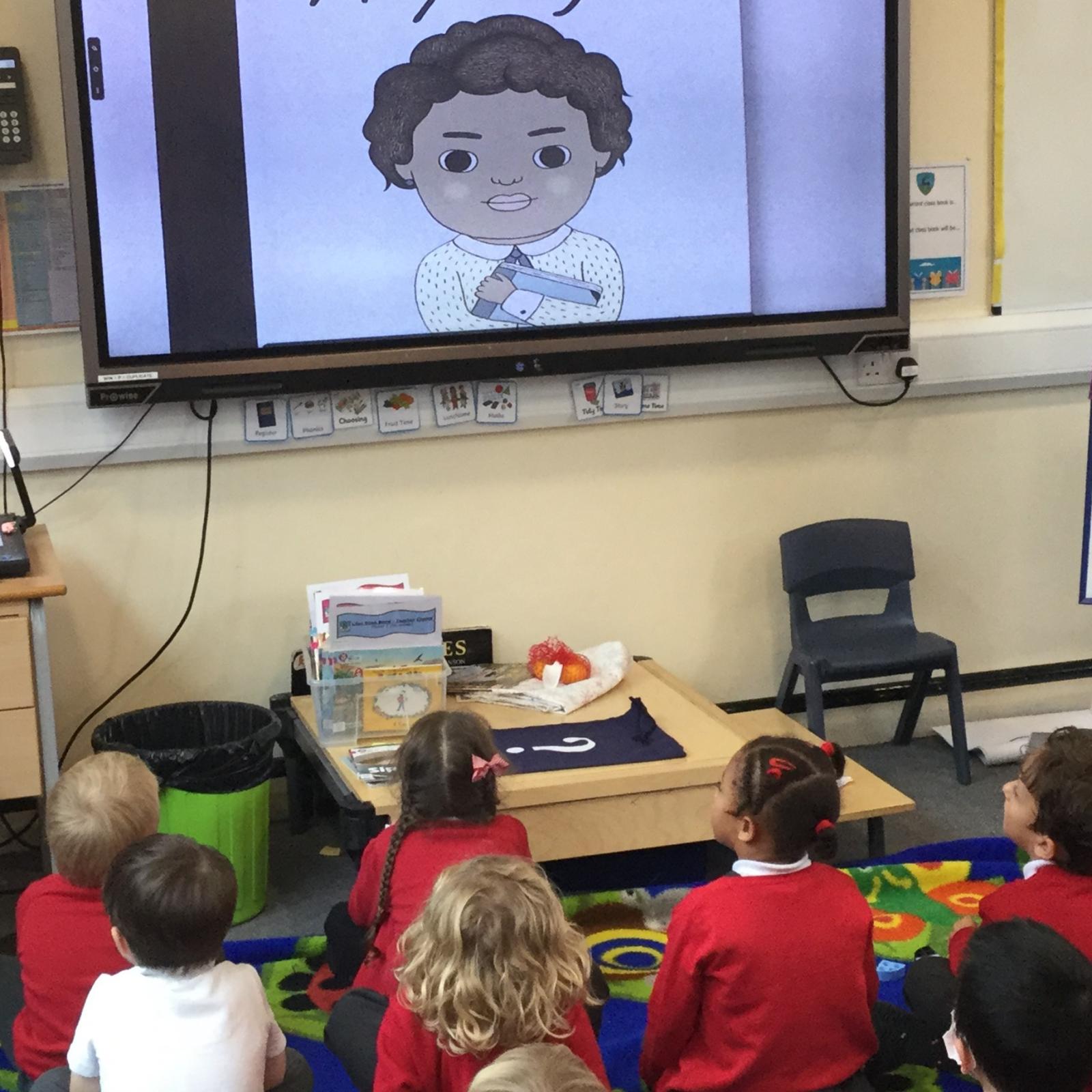 In Year 1 the children learnt about Ruby Bridges, who was the first black child to attend a desegregated school in southern America in 1954.  Indigo class looked at a painting by Norman Rockwell called ‘The problem we all live with’.  In the painting Ruby is surrounded by four detectives from the American government who had to accompany her to school every day for a year to protect her from the protesters and people who didn’t think she should be allow to come to school. Ruby went on to have a very successful career and inspire people of colour to go to school and make the world a better place. Blue Class learnt about Martin Luther King and how he believed in standing up for yourself but in a peaceful way, in 1963, Martin gave his famous “I Have a Dream” speech which described a world where black people and white people live together in harmony. Blue class wrote down ideas for their dream world. Here are Blue class’ ideas and Mason and Ayaana’s versions of the Norman Rockwell painting. In Green class we used reference books to learn about Mary Seacole.

In Year 2 we chose a black person who inspired us, researched information about them and then wrote why he/she was an inspiration. In Violet class we considered the meaning of the word ‘equality’ and how Barak Obama showed that he believed in equality.  We made a mind map of our ideas with illustrations.